Ever since I was a very young man, I have owned a pocket knife. My father had given me a small Old Time pocket knife that folded to less than 3 inches. I can still remember whittling a piece wood into a floating goose on my first Clubs Scout camping trip it also was less than 3 inches by the time I stopped whittling to make it just right. The pride that I got from using that knife was a small step into the rite of passage from a boy towards being a man.

When I was a lot older I bought some very cheap folding knives and disassembled them to see what made a folding knife work. I never did quite get the right combination to make the quality knife that I wanted. I was very fortunate to come across a man that when I was taking my Boiler Operator license test while we were all sweating in the July heat taking our test, the test examiner was very busy working away on something. When I finally finished with my exam and took it up to the instructor I could see a small folding blade pocket knife laying on piece of cloth that looked perfect to me. I asked him where did he buy such a good looking pocket knife? The look I got at that moment I knew that I had just Failed my exam! He then explained that he had made it by hand from start to finish and that I was the first person to see his work completed. I was honored to see such a fine piece of work on a knife. Mr. Leland Fulk was from Ohio that man could make a pocket knife that anyone would be proud to own.

I listen and looked over what Mr. Fulk had said, now with all this knowledge I start on my new knife. Well that did not happen I have come to terms that a folding pocket knife maker I am NOT. I love hunting, so I guess my knife making project will have to be a hunting knife. I went to the gun cabinet and on the shelf I picked up my old hunting knife, a fixed blade Schrade –Walden and thought I can make this.

I drew out the outline of the knife blade onto the steel and went to cut it out on the band-saw. That ended up being a very rough outline of a blade. I then started to grind the blade down to the finishing outline being careful not to overheat the blade and discolor the steel.

I found a couple of pieces of Walnut blocks of wood that I cut into half to make the wooden handles from. I drew the outline of what I want the handle to look like I made one whole handle out of each block of wood. I would have an extra handle in case I mess up on the first one. If I didn’t, then I would already have a handle for my next knife. My glass is half full at this stage. The handle turned out the way I had imagined. I would that great care and cut the handle into two equal halves down the middle but not completely in two. Only deep enough so that the tang of the blade would seat into the handle and I would epoxy the blade into place when the time comes.

I made the Bolster is the thicker part of the blade that is against the handle out of a chunk of copper that I had found. It was easy to cut and grind the copper into the shape that I was looking for.

Now I had to work on the sharpening angle of the blade. It was easier said than done to match the profile of the blade and curve of the blade. Once that was completed I worked and worked on polishing the blade. I thought it would be better to polish it now instead of after the knife was completely assembled. I had finally gotten it to where I thought it was looking great and a friend of mine said if you use croaks cloth that I would get an even better-polished finish. He was right but some friend added more hours did I mention more hours to my hunting knife project.

Ok, Already to put this puppy together. Blade sanded and polished, Bolster polished and fitted onto the tang and against the blade, tang of the knife is epoxy into the walnut handle. The handle is a little higher than the tang but that is perfect. I can sand the handle down too match the blades tang perfectly. Let the epoxy set finish fine sanding the handle and tang to match up perfectly. Add tongue oil to the handle and Wet stone the blades knife edge. Have a harness shop make a leather sheath. I have my first hunting Knife ready for Deer Season. A friend took the knife to the local jeweler and engraved T.W. N-88 (by Ted Waggoner November 1988)

I could not believe all the fun I was missing so two years later, I decided to made knife number two. It turned out very nice. I do not think I am going into mass production but, I do have two grandsons.

I hope that when they grow up that they will enjoy their first pocket knives that grandpa gets them. I will show them the proper use and care of a tool, their knife. When they take that rite of passage that all men do, I will share the two knives with them as a gift. 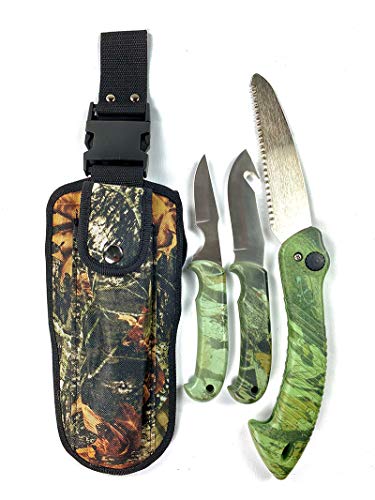 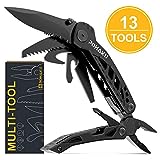 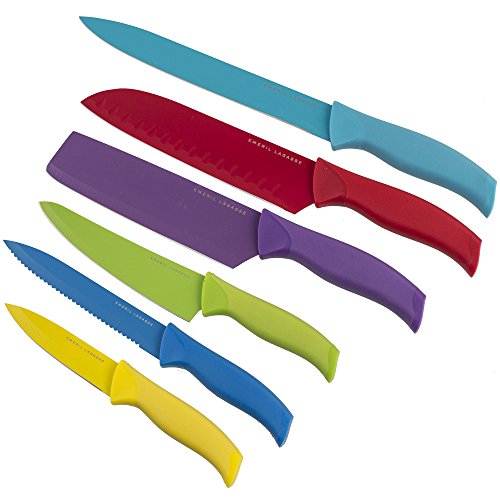 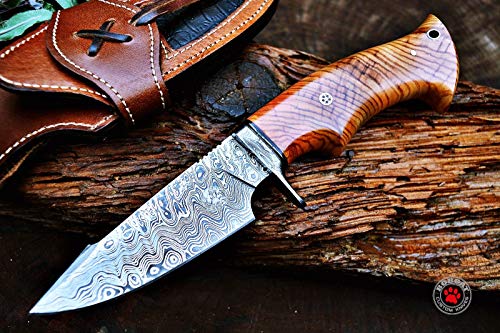 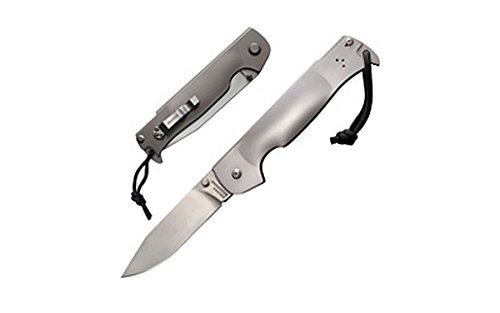